The ubiquity of the FAT32 file system has allowed the common USB flash drive to pervade virtually every desktop computer. My flash drive can easily be used on a Windows, Mac or Linux workstation. Even more importantly, I can copy a handful of photos to it and at my local Target store the Kodak photo machine is able to read the images from the drive.
This situation is changing, and in fact one might argue it should be changing. Larger USB flash drives are becoming more accessible, and many users are starting at 32 GB drives and pondering the prospect of waiting for a 64 GB Kanguru FlashBlu model instead. 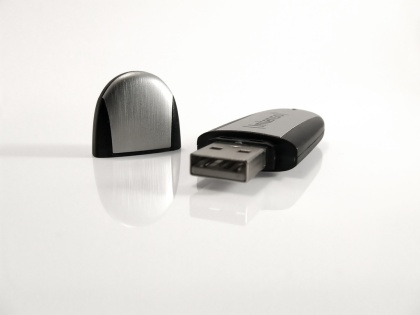 There are a few issues with the FAT32 filesystem, and while it provides excellent cross-platform compatibility these limitations are going to make it less desirable in the years to come. The first notable restriction is the maximum file size on a FAT32 file system cannot be larger than 4GB, this can be easily exceeded with video files, virtual machine drive images or large PowerPoint presentations.

Another glaring problem is the lack of file system encryption standards. While you can install third party utilities like TrueCrypt, these require a program to decrypt the volume and you still need to pick a file system for your encrypted data. Encryption is important on these extremely portable file systems, it’s a lot easier to lose a USB thumb drive then to misplace your Shugart SA1000. 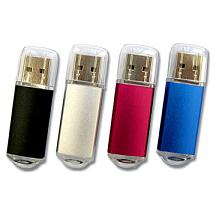 Of course, none of this matters if you can’t even format the filesystem. In Windows 2000/XP/Vista you can access a FAT32 file system of  any size but you can only format a 32GB file system. As USB flash media quickly approaches this limit, many users are going to embrace alternate formats like NTFS, exFAT (FAT64), HFS+  and EXT3. Obviously, once this happens the flash media will be less accessible in computers where these file systems are not supported.

While your exFAT formatted flash drive may work happily in Windows Vista it won’t do anything on an XP workstation. There are similar issues with HFS+ and EXT3 portability, and of course none of these really address the encryption problem which has only been further complicated by BitLocker and EFS.

So there really are no good solutions for USB flash file systems, most users will end up rolling their own formats which will likely be a combination of some kind of encryption technology and a larger volume file system format (NTFS, HFS+ or exFAT). This will of course eliminate our USB flash drive compatibility, making this a less desirable format for sharing data via sneaker-net.

Maybe the operating system propellerheads should get together and standardize on something else, I don’t want my 32GB OCZ Rally2 to be USB brick on my friends Mac OS X desktop PC.