My desktop computer has improved considerably from a system with limited capability for running graphics to a modern multi-core processor capable of running many graphical operating systems concurrently. It use to be challenging to run just one desktop environment, but today a modern processor can easily virtualize many environments at the same time. A modern computer can run Microsoft Windows and Mac OS X on the same desktop.
How much more processing capability do we need? Transistor density continues to double every few years and is keeping up with Moore’s Law in that regard. Even more significantly we have more than doubled the MIPS in most processors in just the past few years.

“How much more processing capability do we need?”While the 1980’s could be considered the decade of the GUI, and the 1990’s might be looked at as the decade of networking, we are now ostensibly in the decade of good enough computing. Certainly virtualization changes how we manage our server infrastructure, but the desktop computer doesn’t have a pressing need for more computing power. 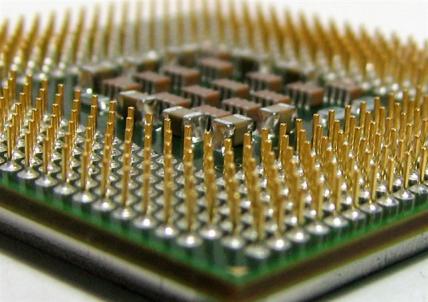 This means we can approach our computer purchases differently. Today, people buy new computers primarily because they are looking for something new rather than because they need something new to run their applications. When my 386sx tried to run Microsoft Windows 3.0 it was almost unbearable. To continue running the Windows interface it was imparative that my system was upgraded to at least a 486 and eventually a Pentium. For me to continue running Windows XP today, my Pentium 2 provides ample processing power and as such a virtualized instance on a Linux workstation is perfectly acceptable.

“This means we can approach our computer purchases differently.”Some people will buy new computers much like they purchase automobiles. When a new model becomes available, they will take an early trade-in on a lease to get into that shiney new thing. Most people will take a more practical approach and they will instead purchase the cheapest computer they can afford and drive it into the ground.

What does good enough computing ultimately mean for you? It means that systems like Eee PC will be able to sufficiently meet your general purpose computing needs, and that your next computer purchase may in fact be the result of a general hardware failure. 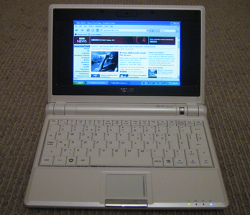 There was a time when the computer was too slow and that an upgrade was needed when the new models came out. If it really is possible to get a few MFLOPS of processing power on the desktop, the PC will need to provide a new approach to computing or computer users will be equally served by obsolete hardware like the AMD Athlon 64 X2 or the Intel Core 2 Duo.