The introduction of the Apple iPad has engendered a somewhat luke-warm reception. It is a tablet computer about the size of a standard pad of paper, and features a color display with a screen that responds to touch. There are a number of core applications bundled with the device, not the least of which is an e-book reader where you will be able to download many popular books directly from the Apple iTunes store.

On the surface, it sounds like this might be a useful device. In fact, it will also let you browse the web, view photos and work with your email. Additionally, it provides an extensible framework through the Apple App Store where you can download and install new programs to extend the capability of your iPad.

Unfortunately, the hardware is somewhat limited as iPad is missing all standard connectivity including USB and VGA/DVI. It also has no camera so it can’t be used as a video conferencing device. There isn’t any video output so you won’t be able to watch this on your HDTV without some kind of adapter, and there is no native support for synchronizing with your desktop computer so that you can bring documents with you and return them when you’re done.

There is a lot the iPad won’t do, but if you can get past the unsightly bezel there is actually quite a bit it could be useful for.

When you’re reading your morning electronic news, it sure would be nice to do this without having to setup your laptop or squint at a few screens of text from New York Times Online on your iPhone. For doctors, engineers, architects, field service technicians, lawyers and others this is the kind of device they could use to manage documents and forms. It makes a great portable media center for watching a movie on a long road trip or while stuck in an airport.

Of course, once combined with Apple’s online book store you will be able to use this to read all of your favorite authors and hopefully most magazines as well. 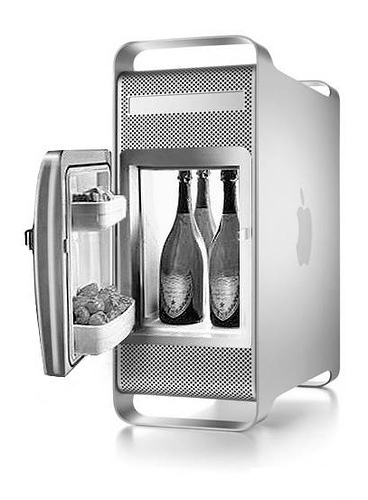 The real point is that Apple is focused not on making a general purpose computer but on an appliance that everyone can easily identify. Anyone can convert a PC into a tablet form factor, and in fact many companies have done just that, but these devices haven’t galvanized the consumer to buy them.

Apple is attempting to create a full line of appliance devices. The iPod is an appliance, it functions as a portable music player and that’s how consumers think of it. The iPhone is an appliance, it is essentially a phone but of course can provide a number of smart-phone capabilities including email and web browsing. The AppleTV is a multimedia appliance, it will play movies on your television.

An Apple Macintosh is not an appliance, it is a general purpose computing device that can be modified to play music, make a phone call or watch a movie.

This has been the principal hurdle for the computer, how do you explain to someone that you could buy something that can then be modified to perform a task it wasn’t sold with? Imagine if you could buy a refrigerator and a few months later install a microwave for free – as a salesperson you would have a difficult time convincing someone that this was possible.

Until now, Apple has been focused on re-inventing existing product segments. The iPod was a device that re-interpreted the Walkman and managed to replace cassette decks everywhere. Using the iPhone, Apple created a niche as a premier cellphone device that could be extended to take care of other common tasks. The AppleTV replaces your DVD video rental service with electronically distributed movies brought to your home, it is fundamentally inspired by the DVR and other set-top boxes. All of these maneuvers leveraged the iTunes store as the media distribution mechanism, and the iPad will be no different with the advent of iBooks.

It remains to be seen if the iPad will evolve as the ultimate digital reader, but it certainly has more capability than other appliances in this segment. Once you get past the fact that iPad is not intended to be a general purpose computing device, you may find as an electronic document appliance it does an excellent job.

As a developer, one of the tools that makes me moreÂ productive is a good text editor. While IDE environments are replete with a wide assortment of powerful editing tools, they often miss the mark on Read more…